Some of the larger ships in their class, the Explorer-class ships are built for endurance and reliability. The hull is low and long, with soft, curved lines and a silhouette reminiscent of a sea creature.

It has a medium-sized cargo hold equipped with a convenient load-management and inventory computer that assists in loading, unloading, and tracking cargo.

It also boasts a quartet of small but comfortable passenger berths, a common-crew berthing area, and a common galley/head.

The command deck is directly forward and seats three of the four-man crew: the pilot, copilot, and engineer. The loadmaster’s station is in the cargo hold.

One of the Explorer’s more intelligent design features is the network of sub-deck access passages. Granting easy access to nearly any internal system on the ship, the cramped passages allow the engineer to respond quickly to problems.

Anyone working on the internal systems of the E-9 Explorer-class vessels, such as the power system, hyperdrive, computers, sensors, gains 1 Boost Dice to any Mechanics or Computers skill checks thanks to the ease of reaching systems that are typically hidden behind bulkheads and sealed beneath deck plates 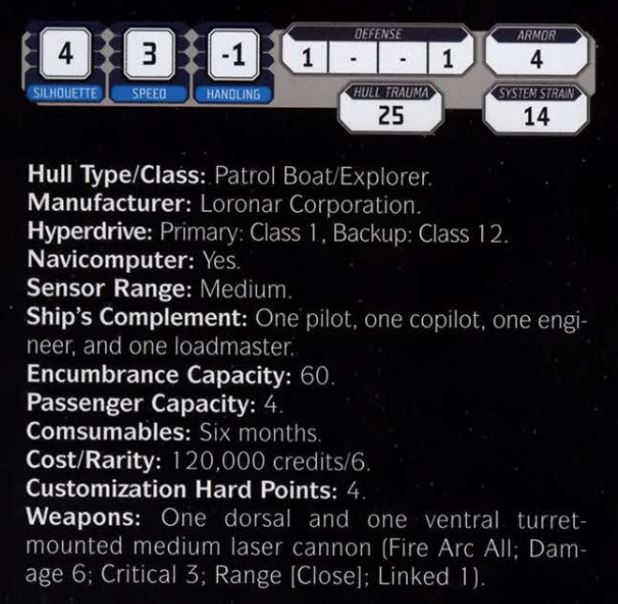 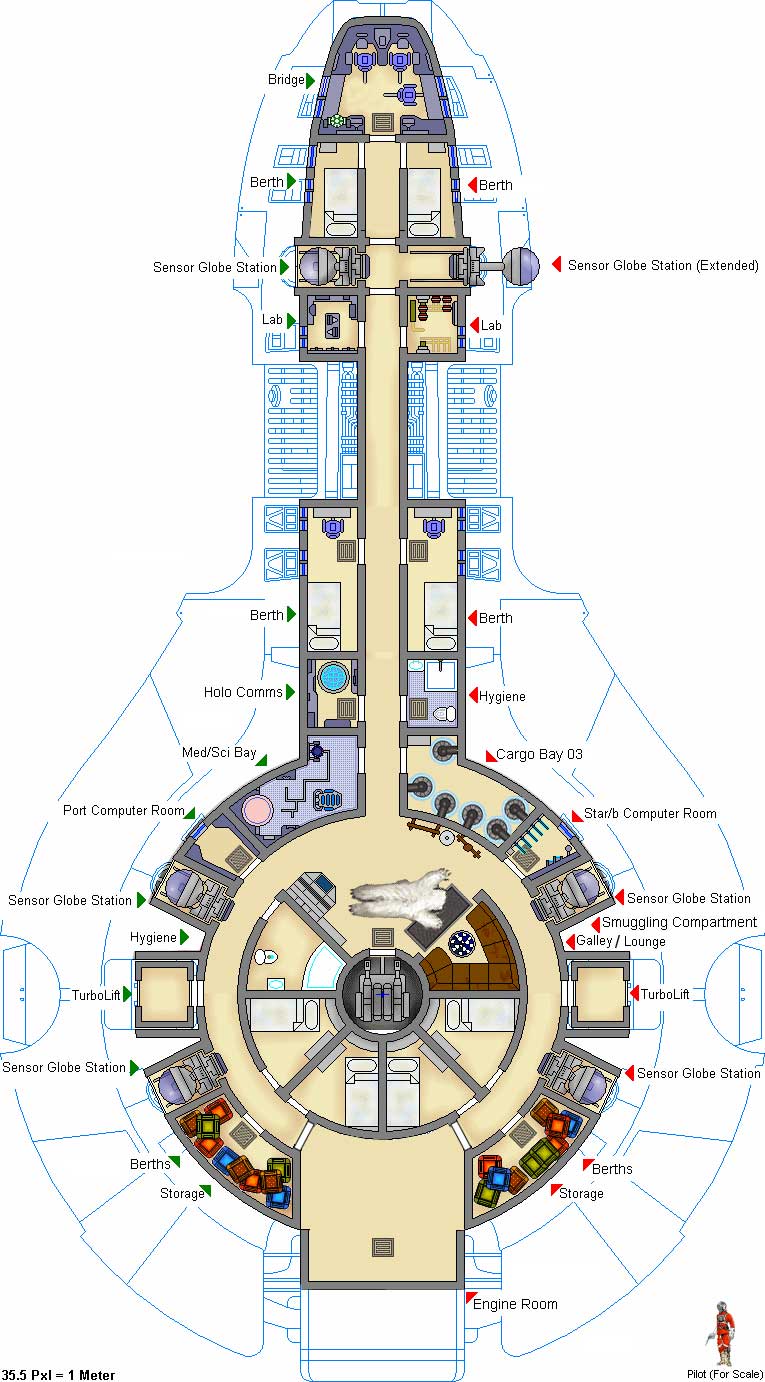 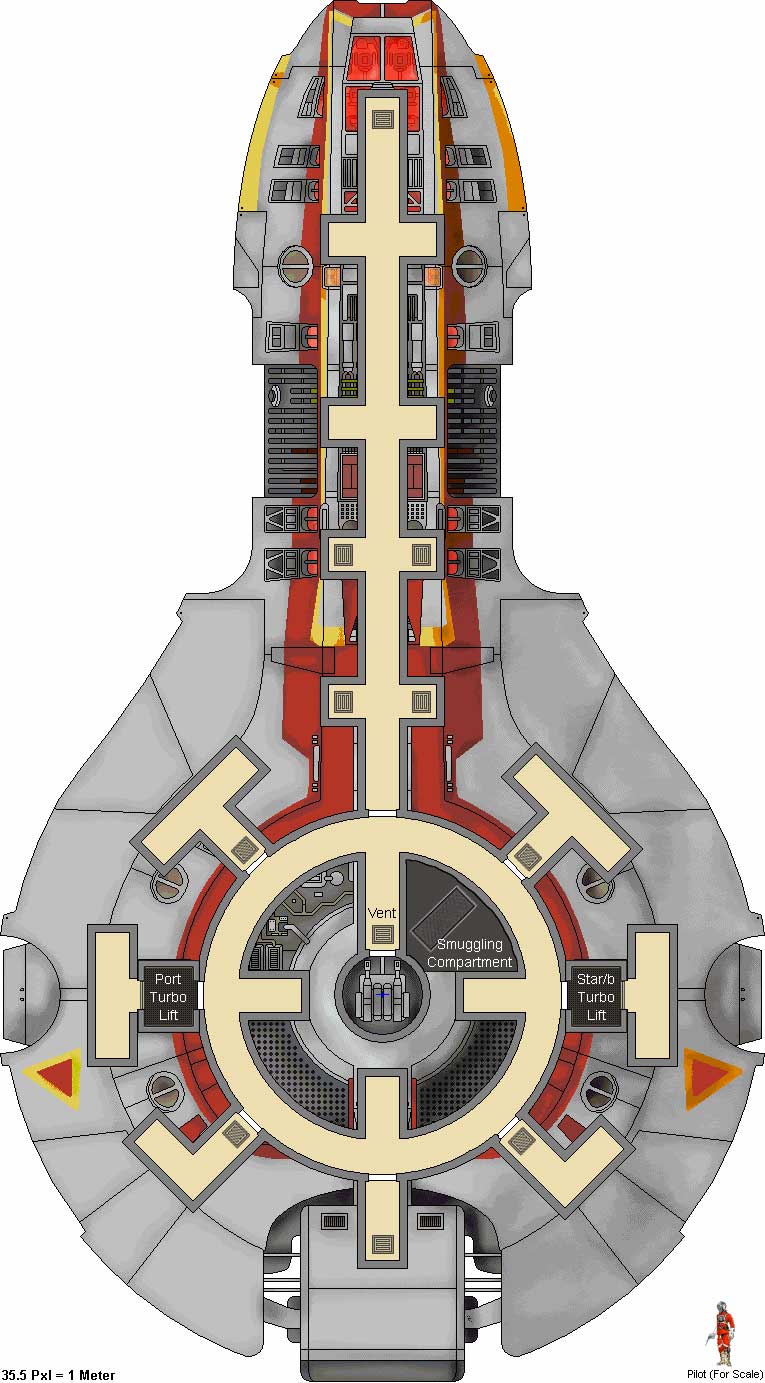 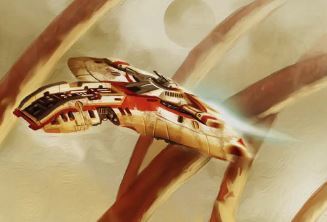